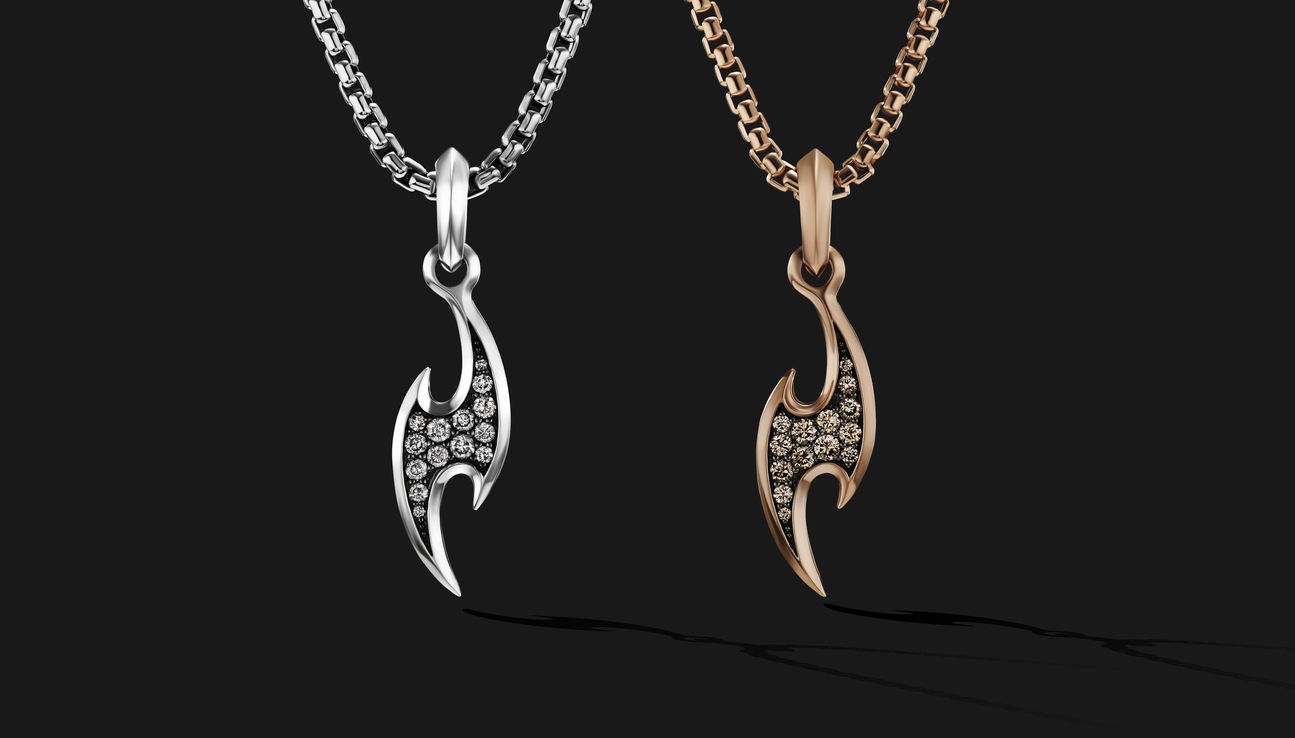 The origin of this limited-edition pendant is the Society Star©, an early sculpture design by Society Awards and an example of the trophy maker’s philosophy in action. It became an iconic brand element and a popular award, and, over the years, has been recreated in eight different high-end finishes, including hand-forged American bronze and a vibrant red crystal. In order to reimagine the Society Star© as a piece of luxury jewelry for this collaboration, the designers freed the form from its trophy base. The resulting, sword-like sculpture is wearable art – the Society Star© Pendant.

David Yurman and Society Awards have a long history together, sharing a passion for fine craftsmanship as well as a refined modern American aesthetic. It was these values that led to their first product in 2013 — the limited edition Patrón x David Yurman Wave Dagger bottle stopper. In 2015, they created the ACM x David Yurman Milestone Award for the Academy of Country Music’s 50th anniversary. This remains an innovative and rare example of luxury brand collaboration in the world of awards. In 2020, the brands created a custom trophy for the New York Women in Film and Television (NYWIFT) Muse Awards, among other projects.