ANCIENT ORIGINS OF TROPHIES TO MODERN MEANING OF AWARDS 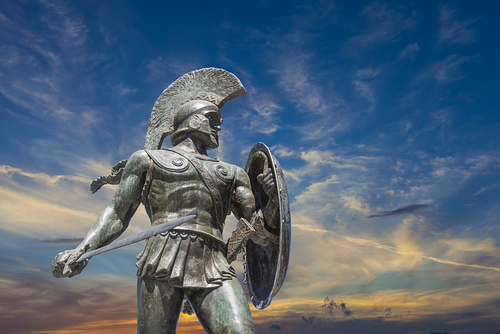 Since pre-Hellenistic culture, through the Roman Empire, and even still to this day, money is often the prize awarded for competitions. It can be direct, as in the case of charitable grants and Nobel Prizes, or indirect, as in the case for entertainment awards which raise an artist’s earning potential – or even with corporate employees where awards can do the same and make the recipient more marketable.

But what about the object, the trophy? And why was it so often a cup?

describes in vivid detail the funeral games held to honor fallen Patroclus, beloved of Achilles. These oral traditions may stem from the preexisting Mycenaean and Minoan cultures, but the lively descriptions indicate that they were still identifiable in ancient Greece. When durable goods are awarded, gold currency is often the prize, or more commonly cauldrons, tripods and other vessels. Typically these were awarded for the precious metals content they contained, to be melted down later, or for the value of the workmanship. However if the winner was sufficiently wealthy, or if they valued their victory in the contest above the value of the prize, they would keep it in tact as a symbol. At the point that the prize is no longer kept for its currency value in itself, but rather for its symbolic value and the prestige that its possession bestows on the owner, is when the prize becomes an award – true in ancient and modern times. For example, the Stanley Cup was originally just a silver bowl in the possession of Lord Stanley of Preston, governor of Canada at the end of the nineteenth century. It now has meaning far beyond the spiced punch that it might have originally held.

When we create a trophy, we bring together the two sources of value – the design and appeal of the sculptural object itself, and typically far more important, the prestige of the honor bestowed and symbolized by the sculpture. For highly vaunted competitions, the prestige will long remain with the winner, the trophy will be kept. The brand equity of the competition is enhanced when the sculpture’s appeal matches the equity of the competition. The Emmy® Awards as a concept, as a brand, are enhanced when you see an Emmy® statuette in person and it is, gleaming and impressive. If it were not, the reputation would be somewhat damaged.

But what happens to corporate awards that may not be nationally recognizable when the program has ended, or when the employee changes jobs? If the award was merely a piece of plastic with a logo on it, if the meaning of the award itself is removed, then it goes back to being a piece of plastic and is likely discarded. However, if the award is a beautiful sculptural work of art, then it will always have that value, which enhances and works in tandem with the honor of winning. It will stay on shelves and in sight, regardless of what life or career changes may come for the winner. Most people don’t throw away works of art.