Do You Recognize Greatness? 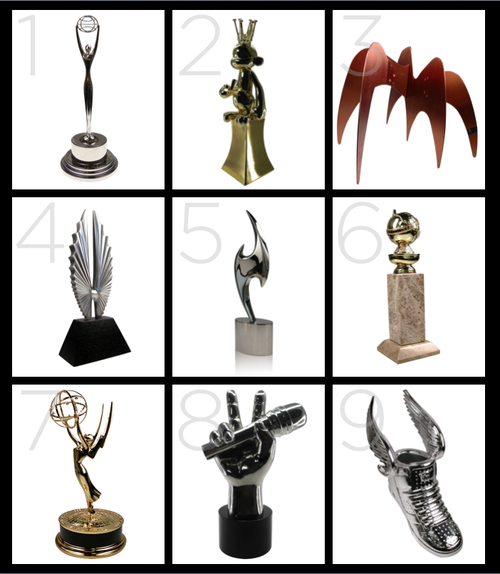 We recognize greatness for companies, organizations and brands of all types and sizes. Whether an iconic MTV Moonman for a prestigious artist, or a custom Society Awards Angel for the star in your heart, our designs are all objects of art and beauty.

How many of our designs do you know?

4. The GLAAD Media Awards, recognizing media for their fair, accurate and inclusive representations of the LGBT community and the issues that affect their lives.

7. The Emmy Award, annually recognizing excellence in the television industry.

8. The Voice Award, presented to the winner of NBC’s The Voice singing competition at the conclusion of each season.

9. The Do Something Award, honoring young individuals, the pivotal “do-ers”, who have made a significant impact in their field, cause, or issue.